I used to be largely terrified of Carnival. Not because of knife crime or anything like that. The media will have you believe that lurking by every soundsystem is a hooded youth holding a machete, but actually the closest thing I’ve seen to conflict at Notting Hill Carnival was a white boy complaining to a food vendor that his jerk chicken was too spicy. No, the threat of fictional crime didn’t bother me, the reason I used to be terrified of Carnival stemmed from having a pretty nasty anxiety disorder that had steadily ruined my life a few years ago. The idea of being in the corner shop terrified me, let alone being in the middle of millions of people. The thought of needing to leave but being directed towards the nearest exit that was three streets, seven turns and five side roads away was enough to leave me breathless. I’d been to carnival before, pre anxiety disorder, and it was always a stunning experience. It was part of the culture; it made up part of my own personal culture. I’d been going since I was a kid. I remember being waist height, letting go of my mum’s hand and bumping into wining waists and swaying hips before I was pulled back to safety. I remember craning my neck to stare, wide eyed, at floats that vibrated with bass, people playing mas moving around these vehicles like big beautiful butterflies. It all felt like a dream. Years later, so held by the enduring allure of Carnival, I wrote a novella about it, using the event as a backdrop to a modern day West Side Story.

Anyway, fast forward to 2019. I’d decided that I wouldn’t go to Carnival. I’d convinced myself that, even though I was “better”, and that it had been years since I’d had to flee a space that contained more than thirty people, carnival would just be too much. Plus, I wasn’t prepared for it, I didn’t have anything to wear, and I didn’t drink anymore so maybe walking up and down the streets would be boring and painful without alcohol to spice the activity up a bit. But, on the day of, my friend Lemara called me while I was washing my hair (you’ll know that, as a Black woman, that is a day’s activity. It’s not light work. She’s lucky I even answered the phone). She asked if I was going, and when I opened my mouth to tell her that I wasn’t, instead, ‘what time you lot getting there?’ came out of my mouth. An hour later, I was on my way there, a load of glitter on my cheeks and a Jamaica bucket hat covering my wet hair. I was nervous. But, as I pulled up at the meeting spot that had been explained to me five hundred times over the phone and by text, that nervousness upgraded itself to excitement.

A couple of hours later, we were in the thick of it. We’d ended up in the middle of hundreds of people squeezed tight together as we all moved through the streets of west London. Even though I felt like if I lifted my legs up from the ground I was so close to so many people that they’d just carry me along, I was alright. Then, I thought I lost my friends. Then, I lost focus. My anxiety started to rear its very ugly head. It told me that I wasn’t safe, that anything could happen, that I wouldn’t be able to get out. But I stopped for a second. I looked around. Everyone was catching a vibe. I looked at my friends. They were happy. I looked up. The sun shone on my face, bouncing off of the glitter on my cheeks. I was happy. 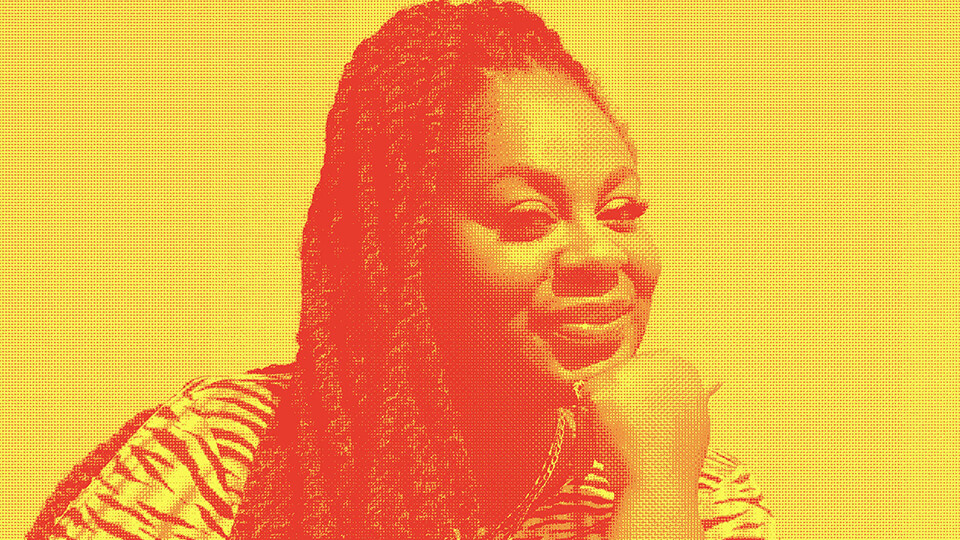